100 years of the Howard Journal: Lessons for contemporary penal policy

100 years of the Howard Journal: Lessons for contemporary penal policy

The Howard Journal of Crime and Justice is 100 years old this year, having first been published in October 1921. To mark the occasion, we have commissioned a special centennial issue, guest edited by Professor Clare Anderson, Professor Steve King and Jess Kebbell, which will be published on 1 October 2021. It includes articles from an international line-up of academics and practitioners reflecting on the issues and pre-occupations found in the journal’s first issue. At the launch event on Thursday 14 October, panellists will be asked to consider how their paper in the centennial issue speaks to current challenges in penal policy and reform. 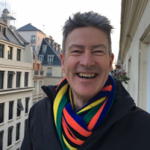 Ian is the author of six books, including Public Criminology? (Routledge, 2010, with Richard Sparks), and six edited volumes, including Democratic Theory and Mass Incarceration (with Albert Dzur and Richard Sparks, Oxford UP, 2016) and The SAGE Handbook of Global Policing (with Ben Bradford, Bea Jauregui and Jonny Steinberg, 2016). Ian has published theoretical and empirical papers on policing, private security, public sensibilities towards crime, penal policy and culture, the politics of crime control, and the public roles of criminology.

Ian is currently working on a three-year study entitled ‘Place, crime and insecurity in everyday life: A contemporary study of an English town’ funded by the Economic and Social Research Council.

Ian is Editor-in-Chief of the Howard Journal of Crime and Justice. 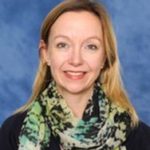 Clare Anderson is a professor of History at Leicester University, is editor of the Journal of Colonialism and Colonial History. Clare’s PhD and postdoctoral research centred on the history of prisons, penal settlements and penal colonies in Mauritius and South and Southeast Asia from the late eighteenth to early twentieth centuries.

Clare is currently directing a project exploring mental health and addiction in the jails of British Guiana, and the aftermaths of colonial penal practices in the present day.

Clare is a member of the collections and research committee of Royal Museums Greenwich and is External Fellow of the Global History and Culture Centre, University of Warwick. Clare is also currently on the editorial board of the Journal of World History and the English Historical Review. 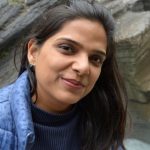 Madhurima Dhanuka is the Programme Head of the Prison Reforms Programme at the Commonwealth Human Rights Initiative (CHRI). In this capacity, she leads, manages and develops initiatives of the team in order to improve prison conditions; strengthen prison oversight mechanisms; strengthen pre-trial decision making; ensuring access to prompt and effective legal aid for persons in custody; and protecting rights of vulnerable prisoners including women, transgender people and foreign nationals. She is a lawyer with an LL.M. in Criminal Justice from the University of Nottingham, UK.  She has been associated with CHRI since 2008, and has published numerous studies, reports and resource materials on issues relating to prisoners, legal aid and the criminal justice system. 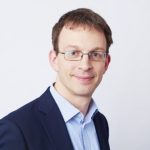 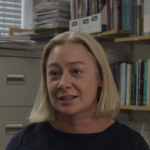 Helen Johnston is an expert in the history of crime and punishment from 1750. She is the first female Professor of Criminology at the University of Hull. She has undertaken extensive research on local prisons, convict prisons and licensing/early release mechanisms. She has researched the experiences of both prisoners and staff and the evolution of prison architecture. She is also interested in crime and criminal justice heritage and the preservation, presentation and dissemination of crime heritage in museums, archives and heritage sites. She has been Principal Investigator and Co-Investigator on a range of funded research projects supported by the Arts and Humanities Research Council, the Economic and Social Research Council, the British Academy and the Leverhulme Trust.

Ashley Rubin is an Associate Professor in the Sociology Department at the University of Hawai‘i at Mānoa. Ashley’s work sits at the intersections of criminology, history, sociology and sociolegal studies. Ashley seeks to understand why we (societies) punish in the ways that we do at different times and places in history. Ashley is also interested in how penal change is possible, what causes a society to adopt new practices or abandon old ones, and what limits are placed on individuals’ efforts to effect change.

Ashley has also written two books; The Deviant Prison (about the Eastern State Penitentiary and the development of modern prisons) and Rocking Qualitative Social Science (a guide to qualitative methods), both published in 2021. 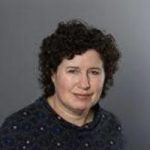 Heather Shore is an historian of crime and youth justice. Heather is interested in how criminal activity has been represented over time; the ways in which governments and other parts of society have responded to the ‘problem’ of crime and the experiences of the criminals themselves. More recently, Heather has been involved in a project about victims of crime, Victims’ Access to Justice through English Criminal Courts, 1675 to the Present. Heather has also been involved with the Our Criminal Ancestors project, working with the public to uncover their family stories of criminals, police and penality. 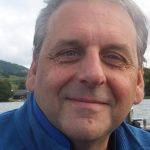 Richard Sparks is Professor of Criminology at the University of Edinburgh. From 2014-17 he was Head of the School of Law. He was from 2006-16 a founding Co-Director of the Scottish Centre for Crime and Justice Research. In 2019 Richard was awarded a doctorate honoris causa by KU Leuven. He is Convener of Howard League Scotland. He is a member of the editorial boards of several journals including Punishment & Society, of which he was editor-in-chief 2000-2004.

Howard Journal of Crime and Justice