Hub 3: The role of the state

This hub will generate new thinking, discussion and ideas on the role(s) of the ‘state’ in penal policy and practice. 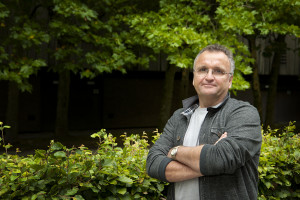 This hub is led by Professor Barry Goldson of the Department of Sociology, Social Policy and Criminology at The University of Liverpool.

Intersecting with both Hubs 1 and 2, Hub 3 will principally focus on three overarching issues:

1. The role of the ‘state’ in social ordering.

How do we understand both the unity and the disunity within and between core state agencies/institutions in the penal realm? How is social order(ing) obtained and sustained and what are the relations between consensual and coercive techniques and technologies? Why is some ‘crime’ seemingly over-regulated whilst other criminal transgressions appear to be under-regulated? How might we re-imagine the role(s) of the ‘state’ in social ordering?

2. Changing institutional forms and the changing role(s) of the ‘state’ in developing and implementing penal policy and operationalising penal practice.

What impacts do processes of globalisation, trans-nationalisation and internationalisation have on ‘state’ hegemony and the monopoly of ‘state’ power at the national level? Is the ‘state’ steadily fragmenting and what impact might this have on its role(s) with regard to commissioning, delivering, overseeing and/or regulating criminal justice services? Is the penal realm steadily being pluralised? To what extent is the conventional ‘state’ apparatus being decentralised, displaced and/or replaced by burgeoning processes of localism, privatisation, ‘partnership’ and an increasingly diverse and differentiated mixed economy of penality? Is the ‘state’ ‘stretching’ or being ‘hollowed out’ in the penal realm? How might we re-imagine the role(s) of the ‘state’ in developing and implementing penal policy and operationalising penal practice?

How do we conceptualise state penal policy and practice within societal contexts characterised by profound ruptures, social injustices, inequalities, antagonisms and conflicts? Is the nature and extent of state power and action in the modern penal realm legitimate? If the boundaries between public and private agencies are becoming increasingly blurred in criminal justice systems, what implications does this raise in respect of regulation and accountability? Should the penal system be more or less democratised? How might we re-imagine the role(s) of the ‘state’ in the penal realm in ways that might claim greater legitimacy, be more transparent and accountable and conform more closely to democratic principles?