Danielle, a Howard League U R Boss Young Advisor, has benefited from our work. She has also advocated on our behalf and for other children and young adults with experience of the criminal justice system.

Last year, Danielle read an appeal for the Howard League on BBC Radio 4. This is her story in her own words:

“Do you remember how you spent your 16th birthday? I spent mine locked in a cell. Alone.

“I’ll never forget my first night in custody. I had been in a fight and I was in trouble. I couldn’t sleep. I was on my own and I had nowhere to turn.

“Today, I’m speaking to you on Radio 4. I run a shop. I have a home. Everything has changed for me, but without the Howard League for Penal Reform I would have a very different story to share.

“Do you remember how you spent your 16th birthday? I spent mine locked in a cell. Alone.”

“The Howard League runs a free helpline so that children and young people in prison can get confidential legal advice. I was directed to it by a prison worker because I didn’t understand my sentence or what my rights were in custody.

“The Howard League knew what I needed, they saw that I was given a social worker to support me and they represented me at my parole hearing when I was ready for release.

“Without the Howard League, I would have been homeless when I got out, but they ensured I had somewhere safe to live. The charity kept in touch and gave me the stability to turn away from crime. 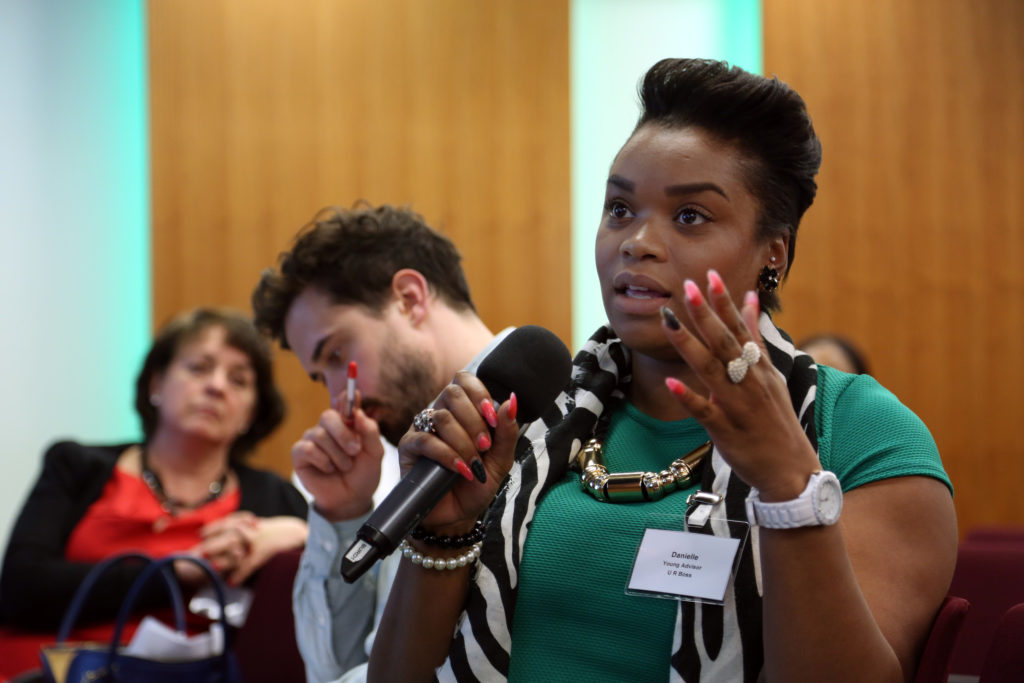 “Then they helped me to tell my story, at meetings and public events, so policymakers can learn how young people get in trouble with the law and how they can be helped to change.

“That’s what makes the Howard League special – it doesn’t only give people legal advice; it gives them a voice and brings together personal experiences like mine with research by experts.“

Then it campaigns for real change, resulting in recent successes such as prisoners being able to receive books again.

“But there is still work to do. There are lots of young people in cells right now, just like I was on my 16th birthday. Please give them a chance like I had to turn my life round.

“Without the Howard League, I would have been homeless when I got out”

“Whatever you can give will help the charity run its legal helpline for children.

“For me, it was more than a helpline, it was a lifeline.”

Danielle was a Young Advisor for U R Boss, a project led by young people for young people that was part of the Howard League for Penal Reform.

Find out more about our legal work and how it helps young people like Danielle.

You can listen to her BBC Radio 4 Appeal in full here.

The short video below tells the story of making of the appeal.