The Howard League for Penal Reform is the oldest penal reform charity in the UK. It was established in 1866 and is named after John Howard, one of the first prison reformers.

The Howard League for Penal Reform is a national charity (registered charity No. 251926) working for less crime, safer communities and fewer people in prison.

We work with parliament and the media, with criminal justice professionals, students and members of the public, influencing debate and forcing through meaningful change to create safer communities.

We work on a wide range of issues. Recent programmes have focused on transforming prisons, reducing child arrests, promoting real work in custody, and ending the criminalisation of children in residential care.

We use our legal work to transform and shape the law for children and young people.

The Howard League for Penal Reform is entirely independent of government and is funded by voluntary donations and membership subscriptions.

Reports, policies and other information

History of the Howard League for Penal Reform

The Howard League is named after John Howard, the founder of the penal reform movement. Between 1775 and 1790 John Howard made seven journeys across Europe in search of a humane prison system for English gaols to follow. He conducted these investigations on his own and financed them himself.

In 1866, the Howard Association was formed. Although it was almost eighty years after the death of John Howard, the founders felt that there was a need to campaign for reform in the independent style practised by its namesake.

The aim of Howard Association was the “promotion of the most efficient means of penal treatment and crime prevention” and to promote “a reformatory and radically preventive treatment of offenders”. In its first annual report in 1867, the Association stated that its efforts had been focused on “the promotion of reformatory and remunerative prison labour, and the abolition of capital punishment.”

The Howard League for Penal Reform

Today, the Howard League for Penal Reform continues to campaign for change in the criminal justice system. We run a legal service for children and young people in custody, conduct research, and run a variety of campaigns on vital issues.

The Howard League is independent from government and relies on voluntary donations from members and supporters. The best way to support our work is to become a member and add your voice to our movement for change. 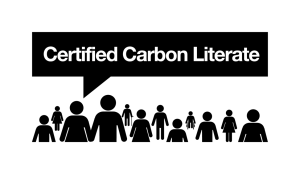