Natalie explains in her own words why she decided to enter the Great North Run to raise money for the Howard League for Penal Reform.

I have decided to support the Howard League as I believe that they are an amazing penal reform charity who campaign for many issues including children in prison; the use of custodial sentences; policing and children; and suicide and self-harm in prison.

These issues are close to my heart as I spent a significant period involved in the criminal justice system, served various custodial sentences and now work within the youth justice field. 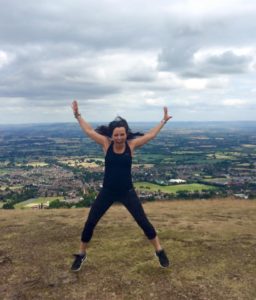 I believe that far too many children end up within the youth justice system, struggle to build a positive future and often find themselves trapped in a cycle of offending that has become their life.

The Howard League plays a vital role in influencing change within the system and this is why I have chosen to support this fantastic charity.

I would encourage others to run for the Howard League, as your fundraising would help support future campaigns, helping many vulnerable children and young people who find themselves trapped in a situation that I was once in.

This is my first half-marathon and I am not an experienced runner, well in fact I rarely run. I just thought that it would be a good challenge, to increase my fitness, have fun and raise money for a worthwhile charity at the same time.

Your fundraising would help many vulnerable children and young people who find themselves trapped in a situation that I was once in.

I have recently started to train by going out for evening runs, as well as my usual gym time and plan to follow the Great North Run training plan.

I am excited to be taking part, albeit nervous at the same time however my passion for penal reform will spur me on.

So many individuals within the criminal justice system face significant challenges and barriers throughout their life, so please help by participating and feel great that you have taken the challenge and contributed to an amazing campaign!