Booking for this event is now closed.

This online event will comprise a webinar exploring themes from the 2021 special issue of our Early Career Academics Network (ECAN) bulletin, 2020 – a year of crisis or kairos? (part one available here, and part two available here). The webinar will be followed by the launch of our revitalised ECAN network, including an announcement about new opportunities for early career researchers.

Chaired by guest editor Dr Harry Annison, University of Southampton and member of the Howard League’s Research Advisory Group, contributors to the special issue will address the question ‘In what ways does your paper in the ECAN special issue speak to or inform current challenges in penal policy/reform?’ The event will encourage a consideration of how research can help shape policy and practice, and how the research agenda looks and responds to contemporary challenges.

In the second part of the event, Neil Chakraborti, University of Leicester and Chair of the Howard League’s Research Advisory Group and Anita Dockley, Research Director at the Howard League, will share new plans for an active ECAN network, and promote a new and exciting opportunity for early career researchers. We are particularly keen to hear from early career academics about their hopes and expectations for the network. 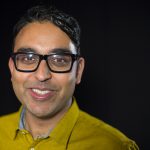 Neil Chakraborti is a Professor in Criminology and Director of the Centre for Hate Studies at the University of Leicester. He has authored more than 50 peer-reviewed publications within the field of hate crime and has been commissioned by numerous funding bodies including the Economic and Social Research Council, Amnesty International and the Equality and Human Rights Commission to lead research studies which have shaped hate crime policy and scholarship. In addition to being Chair of the Research Advisory Group at the Howard League for Penal Reform, he is series editor of Palgrave Hate Studies and sits on the Advisory Boards of Tell MAMA, the International Network for Hate Studies, the British Society of Criminology Hate Crime Network, BLM in the Stix and the CPS Hate Crime External Consultative Group. 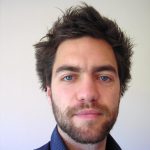 Harry Annison is an Associate Professor at Southampton Law School. His interests centre on penal politics, with a particular focus currently on probation and parole. He was guest editor of the ECAN Bulletin Themed Double Issue ‘2020: A year of crisis or kairos?’ and is a member of the Howard League’s Research Advisory Group. He is also Book Review Editor (Europe and Rest of the World) for Punishment & Society. 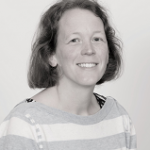 Marguerite Schinkel is a lecturer in Criminology and a member of the Scottish Centre for Crime and Justice Research. She joined the University in October 2013 as an ESRC Future Leader Research Fellow and was appointed lecturer 2017. Her most current research focused on the impact of the Covid-19 pandemic on punishment in Scotland, as co-stream lead on criminal justice, part of a wider research project at the University of Glasgow. Marguerite was awarded a PhD from the University of Edinburgh in 2013 for her research on the meaning of long-term imprisonment. Before this, she worked as a researcher for the Criminal Justice Social Work Development Centre for Scotland and as a consultant researcher and support worker in mental health. Marguerite’s monograph, Lives Sentenced: Punishment, Adaptation and Desistance, was published by Palgrave in 2014. Marguerite is also a member of the Howard League’s Research Advisory Group.

Gwen Prowse is a PhD candidate in the Departments of Political Science and African American Studies at Yale University. Her work examines how members of race-class subjugated communities mobilize in response to social policy failures, particularly at the subnational level. She is a research fellow with the Institute for Social Policy Studies (ISPS) and affiliated with the Justice Collaboratory at Yale Law School. Gwen graduated from Rutgers University—New Brunswick in 2011, with a BA in urban planning and public policy. Before attending Yale, Gwen worked as an organizer and educator in urban and rural communities in the US. Gwen is also a co-PI (with Vesla Weaver and Tracey Meares) for the Portals Policing Project, which examines how police-citizen interactions shape political knowledge and political discourse in majority-Black communities in the United States. 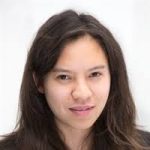 Insa Koch is Associate Professor in the law school and Director of the Anthropology and Law Programme at the LSE. Trained as both an anthropologist and as a lawyer, Insa works on topics including the democratic crisis and populist movements, processes of inequality, the welfare state and the criminal justice system. Insa’s book with OUP, published in December 2018, is an ethnography of class, citizenship and punishment in austerity Britain. The book was awarded the 2020 Hart Book Prize for Early Career Academics by the Socio-Legal Studies Association. It was also shortlisted for the Hart-SLSA Book prize in the generic rubric. Insa’s current research is on ‘modern slavery’ and its moral-legal ramifications in relation to the illicit economy of county lines. She is also researching social polarisation in the Britain, including with respect to the unequal effects of the Covid-19 pandemic on vulnerable communities. In 2016, Insa was appointed Academic Fellow at Inner Temple. She is also a member of the LSE Mannheim Centre and a Faculty Associate of the International Inequalities Institute. She regularly contributes to public debates on inequality, law, politics, and the social effects of policy making. 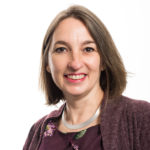 Anita Dockley is Research Director at the Howard League for Penal Reform and is responsible for developing the charity’s research capacity, forging links with academics and universities, funders and partner organisations. Her own research interests include suicide and self-harm in prisons, women in prison and order and control in the prison environment. She has been appointed a user member of the Research Excellence Framework 2021 sub panel for social work and social policy, and held the equivalent role in 2014 REF exercise on the law sub panel. She is the managing editor on the Howard Journal of Crime and Justice. She is a honorary visiting fellow in the School of History, Politics and International Relations at the University of Leicester. She is also a member of the Perrie Lectures Committee.