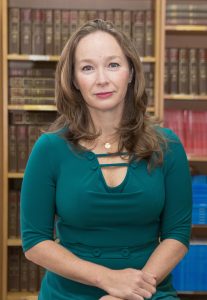 Trustees of the Howard League for Penal Reform are delighted to announce the appointment of the charity’s new Chief Executive, Andrea Coomber.

Andrea Coomber is an experienced leader and qualified lawyer who has held senior roles at human rights organisations in the UK and overseas. She is currently the Director of JUSTICE and will start work with the Howard League on 1 November.

The Howard League has played a key role in the life of the nation for more than 150 years, dealing with issues of great public concern that are central to the rule of law, public safety and social justice. It campaigns for less crime, safer communities and fewer people in prison.

The charity’s work will be vital in the years ahead. Having endured enormous difficulties during the pandemic, prisons must provide more open and positive regimes. A reunified probation service faces huge challenges, while the recruitment of thousands more police officers risks sweeping more people into the criminal justice system unnecessarily.

Andrea Coomber said: “It is a privilege to follow Frances Crook in the Howard League’s historic mission for criminal justice reform.

“As the world emerges from brutal lockdowns, it has never been more important to discuss incarceration, rehabilitation and the kind of societies that we want to live in.

“Forging a just society for the future means moving away from a reliance on prisons and locking people up, to investing instead in communities and solutions to crime that lie outside of the criminal justice system. I look forward to leading the Howard League and making this case in the years to come.”

“Though we are all very aware of the profound challenges that face us – both organisationally and in criminal justice – as we seek to navigate both the pandemic and the recovery, we can now look forward with renewed confidence and with excitement about what we can achieve together.

“Andrea will be building on very strong foundations, working with staff and Trustees and our members, to help develop and implement a fresh and exciting vision for the criminal justice reform we so urgently need.”