In 2018, the All Party Parliamentary Group (APPG) conducted an inquiry into the sentencing of women. The aims of this inquiry were two-fold: to reveal the issues around sentencing that inhibit the use of non-custodial solutions and to encourage and enable the magistracy to avoid sending women to prison. 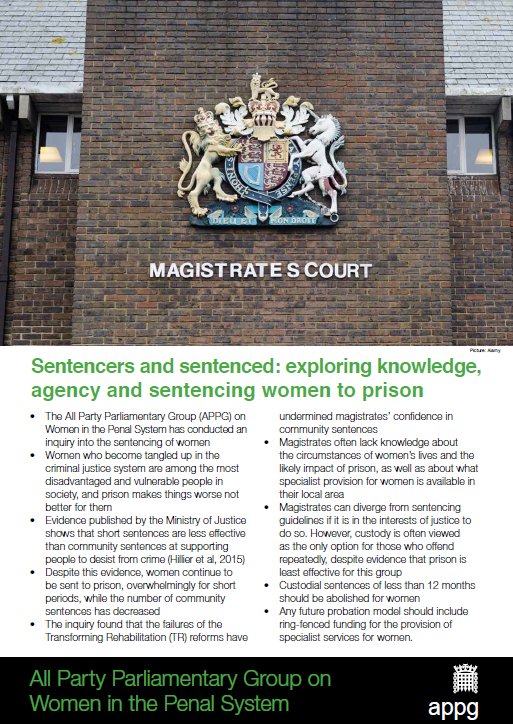 The final report was launched at an APPG meeting with Edward Argar MP, Parliamentary Under-Secretary of State at the Ministry of Justice, and is available to download here. The report recommended that prison sentences of less than 12 months should be abolished for women.

The APPG heard oral evidence from John Bache, the Chair of the Magistrates Association, and Dame Glenys Stacey, HM Chief Inspector of Probation. Minutes of these and other APPG meetings are available below.

The APPG also received written evidence from a wide range of groups and individuals, including charities, trade unions, academics and women’s centres. All of the written evidence was published on Friday 22 June 2018 and can be viewed below.

Minutes of APPG meetings held as part of the inquiry: