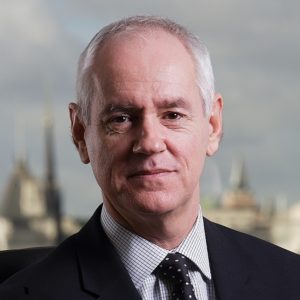 Ken Macdonald QC has practised at the Bar since 1978. A founder member of Matrix Chambers, and the first prominent defence lawyer to be appointed Director of Public Prosecutions, he was knighted for services to the law in 2007. He is former Warden of Wadham College Oxford, former Chair of the Criminal Bar Association, a past Visiting Professor of Law at the London School of Economics, previously Chair of Reprieve, the anti-death penalty organisation, and a Bencher of the Inner Temple. For several years he sat as a Recorder at the Central Criminal Court. In 2010, he became a Deputy High Court Judge and a member of the House of Lords, where he sits as a cross-bencher. Since 2015, he has been Chair of the Orwell Foundation, which awards the UK’s premier prizes for journalism and political writing. He became President of the Howard League in 2019.