On 11 August 2019 the Prime Minister, Boris Johnson, outlined plans for a £2.5 billion prison building programme intended to deliver an additional 10,000 prison places in England and Wales.

This commitment — set out alongside a series of measures described internally by Downing Street as ‘crime week’ — was designed to signal a ‘tougher’ posture on law and order with an Autumn general election looking increasingly likely. As the Justice Secretary, Robert Buckland, made clear in a subsequent statement, “The Prime Minister is putting prisons at the heart of our bold plan to create a justice system which cuts crime and protects law-abiding people. More and better prison places means less re-offending and a lower burden on the taxpayer in the future”.  Further reference to prison building was made by the Chancellor in his Spending Round 2019 speech, but little detail on the substance of these proposals, or how they will be paid for has been forthcoming.

The Ministry of Justice has confirmed that the first new prison has been earmarked for construction on the site of HMP Full Sutton. We also know that plans for a further 10,000 prison places will be in addition to the new establishments announced at sites in Wellingborough — a 1,680-place category C prison expected to cost £235m – and the redevelopment of Glen Parva, expected to deliver a privately run 1,600-place category C prison.

When taken as a whole, these proposals represent an assortment of something new, something old and something borrowed. The Ministry of Justice has long forecast that the prison population will rise to 82,000 by March 2024, and in 2018 a former Prisons Minister, Rory Stewart, gave evidence to the Justice Committee indicating that new prisons would be required to keep pace with increasing sentence lengths and the growing use of recall.

Rewind the clock still further to November 2015 and the Chancellor of the Exchequer, George Osborne, and Justice Secretary, Michael Gove, set out plans for a ‘once in a generation’ investment to modernise the prison estate, delivering nine purpose-built prisons and refurbishing 10,000 prison places by 2020.

In a major policy speech on prison reform the then Prime Minister, David Cameron, expressed his belief that prison building would provide the stimulus for ‘the biggest shake up in the way our prisons are run since the Victorian times’  however, as many commentators predicted these commitments proved largely unaffordable. As prison building rubbed up against centrally imposed austerity measures, plans for a large men’s prison in Port Talbot and ‘small custodial units’ for women across England and Wales were quietly mothballed.

In this respect, the shifting fortunes of the current prison building programme are emblematic of penal policymaking in an era of inertia. An era where the government has struggled to square the circle of significant reductions in public expenditure, a stubbornly high prison population and a restrictive political consensus that continues to circumscribe the appropriate aims and techniques of penal policy.

This, in and of itself, is nothing new. Across time and place, prison building has always given physical expression to current concerns and prevailing penological vogues with new capital investment justified on the basis of improved training and rehabilitation facilities, enhanced security, operational efficiencies, human containment and the alleviation of prison overcrowding.

What has changed with the ascendancy of a performative penal populism is that prison building has moved from the margins to the mainstream of penal policymaking and now occupies a contradictory position as both a potent symbol of law and order politics and the toxic corollary of runaway prison expansion. Understandably, penal reformers have expressed considerable concern at the growth of the prison population, but this headline figure should not distract us from the fact that past capital investments have also transformed the prison estate (for better and for worse) in the functions it delivers, the geographic distribution of prison establishments, and the design and architecture of new custodial settings.

For this reason, prison building and ‘modernisation’ of the prison estate must be understood as deeply political issues that present a unique series of challenges to penal reformers who often occupy very different positions on questions of pragmatism and principle; idealism and realism; abolitionism and incrementalism; and the benefits of insider and outsider status when dealing with government. On the one hand, there can be little doubt that conditions within the prison estate have deteriorated to an unacceptable degree and sustained investment will be required to achieve even minimum standards of care and decency within our prisons.

The Ministry of Justice has seen its budget cut from £9.3bn (current prices) in 2010/11 to an estimated £5.6bn in 2019/20, representing a “real-terms cumulative decrease” of approximately 40% in just under a decade. In his most recent annual report the HM Chief Inspector of Prisons noted that, ‘far too many of our jails have been plagued by drugs, violence, appalling living conditions and a lack of access to meaningful rehabilitative activity. It is also clear that prison building and the prioritisation of finite public resources cannot be detached from questions of sentencing and penal policy more generally. As the Howard League for Penal Reform recognised as far back as 1974 in its pamphlet ‘Ill-founded premises’, there is nothing inevitable about prison growth. The prison estate we experience today is an artefact of past political choices and, like all public policy outcomes, it can be altered by government action.

Since the mid-1990s both Conservative and Labour governments have introduced punitive measures relating to ‘dangerous’ offenders, the use of extended determinate and indeterminate sentences, eligibility for parole and recall to prison. Taken as a whole these reforms have helped drive the highest incarceration rate in Western Europe with profound implications for a prison estate that has rarely been sufficient to accommodate a growing, and demographically complex, cohort of prisoners.

Faced with this dilemma penal reformers have tended to focus on the importance of sequencing when appraising new prison building announcements; that government should outline a clear strategic vision for the penal system — encompassing measures such as greater use of diversionary policies, non-custodial alternatives and plans to address sentencing inflation – before considering its future capital and revenue requirements.

My research on the history of prison building programmes in England and Wales demonstrates that penal policy-making is rarely so rational; entrepreneurial spending departments have often found it easier to secure additional expenditure for anticipated growth than managed reductions; officials have struggled to persuade HM Treasury to convert capital investment into revenue funding which has impeded the development of justice re-investment programmes; capital investments have a tendency to flow across central government departments starting with schools, hospitals and transport infrastructure before branching out into cognate areas of policy such as prison building.

At a time of unprecedented uncertainty in British politics it is unclear whether the additional 10,000 places promised by the government will ever be constructed. What is clear from the recent history of prison building programmes in England and Wales is that the following considerations are likely to play a prominent role in future penal reform debates: 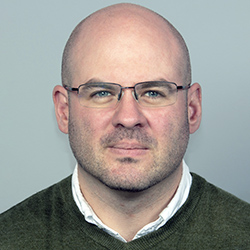 Dr Thomas Guiney is a Lecturer in Criminology at Oxford Brookes University. He has written widely on penal policy-making, the parole system and the history of criminal justice in England and Wales.  Twitter: @tcguiney

This blog is based upon the following article: Solid Foundations? Towards a Historical Sociology of Prison Building Programmes in England and Wales, 1959–2015. First published: 22 August 2019. https://doi.org/10.1111/hojo.12334