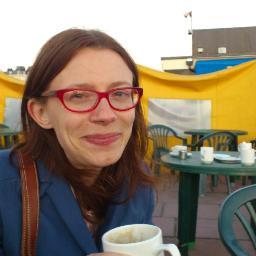 The Howard League for Penal Reform adopted abolition of the death penalty as one of its campaigning priorities in 1923, only two years after its inception. Contemporary cases raised issues of miscarriage of justice, botched execution and ‘double standards’ in sexual morality for women and men. Capital punishment at this time was the mandatory punishment for murder and around 15-20 people were executed each year. The Home Secretary, at his discretion but informed by civil servants, could reprieve capital prisoners and around a third of men convicted of murder in the 1920s were reprieved. (It was highly unusual for women to be hanged rather than reprieved.)

The Howard League worked closely with the National Council for the Abolition of the Death Penalty (NCADP), founded in 1925. The interlinked organisations used office space in the same building (and merged in 1948). For both organisations, abolitionist arguments were rooted in logic and rationality. They advocated a scientific approach informed by research, particularly research that generated statistics, and deplored capital punishment as an uncivilised practice and a relic of a previous age. They saw the death penalty as motivated by revenge and a bloodthirsty desire for suffering and believed it to be out of place in a modern society. As a penal reform organisation, the Howard League campaigned for better prison conditions and rehabilitative approaches to punishment. The death penalty was entirely contrary to its ethos.

Abolitionist campaigning in Britain gathered speed in the 1930s and the Howard League and NCADP launched their abolitionist journal Penal Reformer in 1934. Other campaigning techniques included the publication and distribution of pamphlets making the abolitionist argument and public meetings to discuss the issue. In keeping with their preference for science and rationality, their stance was not to intervene in individual capital cases as this mired anti-death penalty campaigning in emotionalism, potentially leading to charges of sentimentality. The Howard League retained this prohibition in theory until the abolition of the death penalty. However, research into capital case files from the mid twentieth-century reveals that the Howard League did make representations to the Home Secretary on behalf of people sentenced to death, especially where there were concerns about miscarriage of justice.

By the 1950s, cultural ambivalence towards the death penalty in Britain had deepened. Troubling cases aroused media and public attention, particularly where there were perceived failures to appreciate mitigation, unfair and inconsistent treatment in awarding reprieves and fears about the execution of the innocent. Such cases helped to shift the ground towards abolitionism but needed a receptive cultural climate in order to do this. Leading members of the Howard League gave evidence to the Royal Commission on Capital Punishment, which reported in 1953. In keeping with their longstanding approach to campaigning, witnesses representing the Howard League presented comparative research and statistics about crime in abolitionist countries and raised concerns about damaging aspects of hanging, such as its impact on prison staff. The Howard League was a persistent voice against the death penalty in Britain and helped to effectuate its abolition for murder (and in practice, its further use) in 1965.