We have been running sessions with children in custody on the concept of what ‘home’ means. After all, children in prisons are living there. And the Howard League legal team has worked with many hundreds of young people to help get them a home on release.

About three weeks ago we asked a 15-year-old boy in custody to tell us what “home” meant to him. For him, home meant a few simple key things: laughter, comfort, family or friends, a place to chill out, food in the fridge, and – he said this was most important of all – respect.

This boy had struggled in prison until we got him moved to a more suitable unit. He had been deeply unhappy and had been prolifically self-harming. The first prison was the antithesis of any concept of ‘home’. He was happier in the new unit but it was still a far cry from home.

Despite clear guidance from the highest courts in the land, this scenario is still far too common

One of his immediate problems was that he was due to leave prison in less than three weeks and he had no idea where he would be going. The child had previously been in the care of social services but there was no plan in place. At that time, he thought he might have to go back to live with a family member who did not want him – an arrangement that was bound to fail. 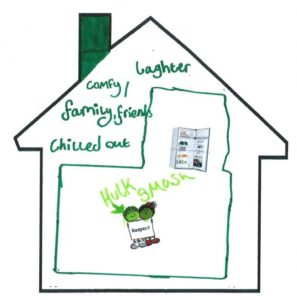 Our lawyers worked with the boy, contacting his home social services department, setting out his needs, wishes and feelings and pointing out that there was a legal duty to provide him with a home as a looked after child.

Despite clear guidance from the highest courts in the land, this scenario is still far too common.

After much back and forth, children’s services agreed to provide him with appropriate care and support in a children’s home.

The manager from the children’s home came to visit him in custody prior to release to get to know him.

Shortly after release, we reminded him of what he had put in his picture of what home meant to him and asked the boy if the placement matched his idea of home.

He told us it did. Let’s hope it stays that way…