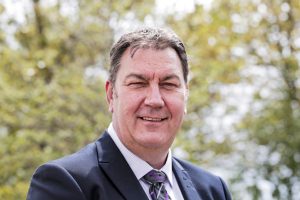 One of the greatest moments of my first few months in office was when our win was announced at the Howard League for Penal Reform’s 2021 Community Awards.

For the awards event, I welcomed delivery partners from Cleveland Police and the Probation Service to my office to both recognise their work and to celebrate being shortlisted for the award

Going into the event I was confident that we would win an award. However, when the news of our success came through live from London, the room just erupted and there were celebrations all round!

I should have expected such a reaction from all of those present. Staff from Cleveland Police, the Probation Service and my office have invested a huge amount of time and effort into Divert to make it such a success.

Divert has been a programme, in which all partners have been passionate about making a difference and worked hard to produce some impressive results since it started in December 2018.

Cleveland Divert aims to steer first time and low-level offenders away from the criminal justice system and towards support.

It signposts them towards help to address the problems, which have led to their offending. This includes help with mental health problems, substance misuse, education or housing.

Re-offending rates for participants successfully completing the programme show that, for every 100 participants taking part, less than six go on to reoffend.

Gaining the backing of a respected, national organisation has helped us promote and demonstrate the value of our work to both partners in the criminal justice system and the wider public.

Winning the award has highlighted to the country that myself, the OPCC and our partners are working together to produce successful results on behalf of our communities. We are breaking the cycle of offending and preventing people from becoming future victims of crime

Gaining the backing of a respected, national organisation has helped us promote and demonstrate the value of our work to both partners in the criminal justice system and the wider public.

After winning the award, police forces across the country have contacted my office to learn more about Divert so it can inform their own work.

We have gained a reputation for good practice with Martin Hopps, Cleveland Police’s Chief Inspector of Custody, invited to present on Divert to the Metropolitan Police, just last month.

Ultimately, it also demonstrated to me that Divert was on the right track and produced the kind of results which would help to fulfil the aims and objectives of my Police and Crime Plan. They include helping to provide an effective police and criminal justice system and building confidence in Cleveland’s communities.

As a result, I have invested in Divert longer-term. The programme now has a contract to deliver for a further three years until March 2025.

I would encourage anyone with a positive story to tell about their work in the criminal justice system to enter these awards – and wish all of the entrants the greatest of luck!