Margery Fry and the Howard League 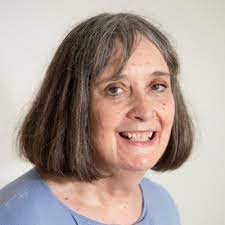 In the closing weeks of 1918, as the First World War drew to its conclusion, a 44 year-old woman agreed to take on the role of honorary secretary of the Penal Reform League. Margery Fry was the Oxford-educated daughter of an eminent judge, who had built a career in education, before taking charge in 1915 of the Friends’ (Quakers) Emergency War Victims Relief Committee’s operations in war-devastated Eastern France.

She had no previous interest or experience in criminal justice or penal administration, although she was concerned by stories she had heard about prison conditions emanating from conscientious objectors who had been jailed for their refusal to fight (Fry’s sister Joan was a Quaker prison chaplain). Principally, Fry was in need of a job and was fortunate enough to be able to take an ‘honorary’ one at an impoverished pressure group as she had sufficient private wealth to not require a salary. She was excited about her new role: she told a friend that it was ‘a real chance of doing good work’. As well as enthusiasm and a private income she brought to the job superb administrative skills – not of the clerical kind, ‘if I have to send the notices out the society will fail hideously’ – but more of what we nowadays call project management, the ability to get a university hall of residence designed and built, or to successfully secure a supply of blankets and pillows for hundreds of people displaced by war. When she took the job, Fry undertook to (as she put it) ‘mug up’ on penal reform.

In addition to her administrative skills, Fry was a visionary and an energetic, effective propagandist. She quickly realised that there was insufficient space in British politics for two, small penal reform pressure groups and that the most logical solution was for the Penal Reform League and the older, but richer society, the Howard Association, to merge. She quickly contacted Cecil Leeson, the Howard Association secretary, and they began to work in concert. Fry conceived a plan whereby their societies would unite under her leadership, while Leeson became the secretary of the new Magistrates Association which she helped to create. After the merger, which was finalised in 1921, Fry launched the Howard Journal as a forum for discussion of criminal justice policy and the presentation of penal research.  While its early volumes are very different from the modern publication, the Journal broke new ground in to 1920s. When Fry was Howard League secretary, she researched and wrote much of its content herself.

Margery Fry only remained Howard League secretary for about five years after the merger. In 1926 she was offered the chance of a return to Oxford and educational administration as the Principal of Somerville, her old college. However, she remained active in the Howard League until her death in 1958 at the age of 84. Fry worked with many like-minded people, but she had a particularly important group of female colleagues, many of whom she had first encountered during the fight for women’s suffrage. Her chosen successor, Cicely Craven was from Fry’s own mould, a superb campaigner and able organiser. At a time when women’s talents were underused in public administration and politics, they found full expression in the Howard League. Fry would, I think, have been pleased to see how ‘her’ organisation has developed in recent years, again under female leadership, that of Frances Crook.

The Politics of Penal Reform: Margery Fry and the Howard League by Anne Logan, was published by Routledge, 31 March 2021.