100 years as the Howard League for Penal Reform 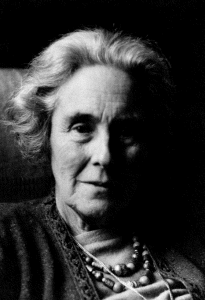 It is 100 years since two organisations, the Howard Association and the Penal Reform League, came together to form the Howard League for Penal Reform under the leadership of Margery Fry.

The Howard Association had been founded in 1866 after the abolition of public executions, when punishment remained at the heart of the criminal justice system, as it is today, but became a secret activity carried out behind prison walls.

The Penal Reform League had been founded in 1907 and had a proud history of defending imprisoned suffragettes.

The merger in 1921 brought together two small organisations that were independent of government. They challenged the prevailing orthodoxies of responding to individuals who break laws and the systems established for processing them. The Howard League continues to do this today.

We are marking the centenary with events, blogs and activities on social media.

On Tuesday 1 July 2021 we held an ‘In Conversation’ with Professor David Wilson, Professor Emeritus of Criminology at Birmingham City University and a former Trustee and Vice Chair of the charity.

The conversation focused on the history of prisons and penal reform.

Martin Wright, who headed the Howard League from 1971 to 1982, reflects on the progress made by penal reformers since the 19th century, including some important milestones during his time with the charity. Read the blog here

Professor Barry Godfrey, Professor of Social Justice at Liverpool University, writes about the call for reform of women’s imprisonment. Professor Godfrey is a Howard League Fellow and Editorial Board member of the Howard Journal of Crime and Justice. Read the blog here.

Dr Lizzie Seal, Reader in Criminology at the University of Sussex, considers the Howard League’s campaign for the abolition of the death penalty in Britain. Dr Seal is a member of the Howard League Research Advisory Group. Read the blog here.