The Howard League supports the All Party Parliamentary Group on Women in the Penal System (APPG), which has launched its Inquiry into the Sentencing of Women.

The APPG held an oral evidence session with Dame Glenys Stacey, HM Chief Inspector of Probation, and what she said was really interesting. The minutes of the meeting will be published, but there were some key points she raised that merit sharing now.

MPs and Peers at the meeting questioned her about the fragility of funding for women’s centres, one of the only parts of the criminal justice system that functions effectively. 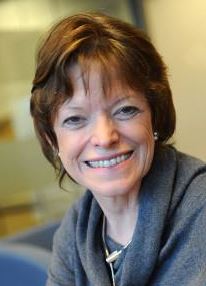 Dame Glenys was adamant that the one thing she wished for in the government’s anticipated women’s strategy is that good women’s centres should be funded securely.

This is particularly welcome, as too many women who could be helped by women’s centres are being given short prison sentences instead. In 2016 magistrates sentenced 271 women to less than two weeks in prison.

When asked whether women should be imprisoned at all, Dame Glenys said her personal view would be that women should be sentenced to community sentences, save for serious offences such as murder, manslaughter or a serious sexual offence.

As almost three quarters of women sentenced to prison are given short sentences, the effect of this would be a dramatic cut to the women’s prison population. Prison could be a last resort for less serious offences – in cases where community sentencing had failed.

The MPs and Peers heard how changes to probation – the split between the publicly-run National Probation Service (NPS) and privately-run Community Rehabilitation Companies (CRCs) – had affected women disproportionately.

Dame Glenys said that women generally receive shorter sentences than men, but this meant the decision to make all prisoners – men and women – subject to 12 months’ supervision on release had had a disproportionate effect on them.

She added that the two-tier probation system was also adversely affecting women because they are more likely to be supervised by CRCs, which are being outperformed by the NPS on any measure.

Dame Glenys said that her recent report on recalls indicated that the majority of decisions to recall that the inspectorate had revised had been justifiable decisions – in that the individual was considered no longer safe to be managed in the community – but the bigger concern was the failure of supervision beforehand. Poor supervision is likely to lead to poor engagement, and a higher risk of recall.

Dame Glenys raised some interesting questions about devolution, which is today’s zeitgeist.

Manchester is leading the way in local work to reduce the unnecessary criminalisation and incarceration of women, and Dame Glenys was asked her views on devolution. She pointed out that in Greater Manchester there is a long history of cooperation between agencies, and the necessary infrastructure as well (courts, police stations, women’s centres). With funding from various sources, the CRC with others was able to make a notable difference for women in Greater Manchester, albeit not necessarily throughout the CRC’s area (as the CRC is responsible for a wider area).

Dame Glenys pointed out that this model was not necessarily replicable nationally, but the good work here and in other pockets across England and Wales was welcome nevertheless.

On devolution more generally, Dame Glenys was clear that she expected probation services of the right quality – to protect the public, ensure the sentence is served and to rehabilitate offenders in equal measure – whoever was responsible for delivery, or setting priorities.

Finally, following the evidence session of the Magistrates Association a few weeks ago (when the Chair stressed the need for more training for magistrates), Dame Glenys was asked how she could make sure magistrates read her reports so they are better informed about probation.

She said that HM Inspectorate of Probation had recently appointed a head of communications. One of her priorities is to find ways to reach those who may be hard to reach, including some magistrates.