The call for reform of women’s imprisonment

Guest blog by Professor Barry Godfrey, Professor of Social Justice at Liverpool University, a Howard League Fellow and Editorial Board member of the Howard Journal of Crime and Justice. 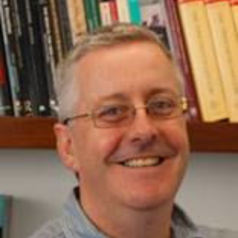 In a run-of-the mill northern town in the same year that the Howard League for Penal Reform held its first meeting, one in five defendants in the local magistrates’ court were working class women. Mary Ellen Love served a short sentence for soliciting in Railway St, Crewe; May Melbourne was sent to prison for a month for ‘telling fortunes’; and many others were convicted as much for being poor as for their criminality. Just before Christmas 1921, Lilian May Bennett was imprisoned for obtaining charity by false pretences and giving false information to a landlord. She was caught begging for money in the snowy streets because she had promised a lodging house she would find the money to pay for the room she was staying in – a room she shared with a mass of other poor women crowded in a small unlit and dirty terraced house. The women sent to prison carried out hard labour until they were released – hard labour was not abolished until 1937. They returned home with no means of support and back into the same conditions which had propelled them into prison in the first place.

Mary, May, and Lilian joined just over ten thousand women who were sent to prison in England and Wales that year. The ‘revolving door’ meant that many of those women returned to prison as they were repeatedly sentenced to short sentences over the course of their adult lives. No wonder the imprisonment of women was a focus of Howard League for Penal Reform campaigns. Their campaigns joined with others (such as the suffragettes) which were advancing women’s rights in the inter-war period, and by the outbreak of the Second World War women’s imprisonment had virtually halved to just below five thousand. With rates of women’s imprisonment falling, the ‘League’ as newspapers called it in the 1950s and 60s, campaigned against the terrible prison conditions women were kept in. HMP Holloway was singled out as a place where women received harsh treatment – treated ‘like pigs’ according to social reformer Victor Gollancz – and where support for rehabilitation was low.

The Howard League for Penal Reform has provided a clarion call for reform of women’s prisons into the present day. The Corston Report in 2007 echoed many of the criticisms that they had made of the system since the 1920s, and in 2009 the All-Party Parliamentary Group on Women in the Penal System was established with administrative support from the Howard League for Penal Reform. The APPG has conducted inquiries into the sentencing of women, the treatment of women in the criminal justice system, and preventing the unnecessary criminalisation of women and on girls in the penal system. This year the APPG launched an inquiry examining how imprisonment can affect women’s physical and mental health.

The need for reform is still as strong as it was when Mary Ellen Love, May Melbourne and Lilian May Bennett were sent to prison, but the voice of the supporters and members of the Howard League for Penal Reform now provides a clear route for women’s imprisonment becoming a historical relic.