First do no harm – or do some good 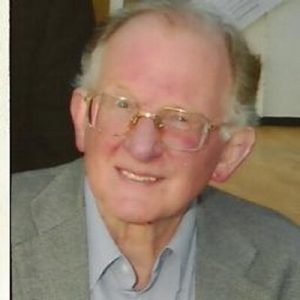 Reformers have given much of their attention to prisons since John Howard’s pioneering book The state of the prisons was first published in 1777. Prisons are a visible symbol of state power, while keeping their occupants conveniently out of sight and out of mind, as Charles Dickens pointed out. Despite some improvements, such as the introduction of inspectors in 1835, prisons became more punitive during the nineteenth century, after the abolition of transportation to the colonies;  for example, the crank and the treadwheel were made even more soul-destroying by the fact that the labour of turning them served no useful purpose except ‘grinding the wind’. Even to-day, one inspection report after another complains that there is too little ‘purposeful activity’, although this is a result of lack of resources and imagination rather than design.

By the end of the century the need of something more constructive for offenders was recognised, in the Gladstone report of 1895, but it was William Tallack, the first secretary of the Howard Association, who saw the need to do something for victims. He presented a pamphlet, Reparation to the injured, to the International Prison Congress of 1900.  In it he recognised the paradox that an offender received food and accommodation in prison while nothing was done for the victim. The Howard Association campaigned for restitution, which was introduced (up to £10) in the Probation of Offenders Act 1907.

The idea was taken up again by Margery Fry, the founder and first secretary of the re-structured Howard League, in her book Arms of the law in 1951, and she went on to campaign for the criminal injuries compensation scheme introduced (after her death) in 1964. But compensation by the state left the offender out of the picture; the gap was filled by another redoubtable campaigner, Barbara (later Baroness) Wootton, who promoted a German judge’s idea of requiring offenders to make amends by doing work for the community, from helping at clubs for disabled people or young people and at old people’s homes, to canal preservation and supporting A&E units of local hospitals. Community service orders (as well as compensation orders) were introduced in the Criminal Justice Act 1972, and supported by the Howard League. To win support, Lady Wootton had described the orders as both reparative (making repayment to the community) and punitive (depriving the offender of free time). but later governments did not appreciate the reparative ideal, seeing only an opportunity for punishment and retitling the measure as ‘unpaid work’. This is typical of the uphill struggle between punitive and rehabilitative measures which penal reformers face.

Much else was going on in the Howard League during the 1970s. It successfully campaigned, with Justice and NACRO (the National Association for Care and Resettlement of Offenders), for the Rehabilitation of Offenders Act 1974, which allows less serious convictions to be ‘spent’ (i.e. not declared) after a time. It raised public awareness, through public meetings and an international conference to mark the centenary of The State of the Prisons. Reports were published on censorship of prisoners’ letters, procedure and resources for mentally abnormal offenders, abolition of the dock, and other subjects, including the influential book Dangerousness and criminal justice. The Sunday Times was alerted to the notorious Prisoner Control Units, designed to break the spirit of ‘troublemakers’ in prison, leading to a campaign for their abolition. The scope and effectiveness of the Howard League’s work has increased enormously since the 1970s under Frances Crook’s inspiring leadership.

On the international front, resolutions were promoted at the Sixth UN Conference on the Prevention of Crime and the Treatment of Offenders (1980), on ‘Alternatives to imprisonment’, and the Seventh Conference (1985), on ‘Reduction of the prison population, alternatives to imprisonment and social integration of offenders’. As director, I was allowed time off to write Making good: prisons, punishment and beyond (1982), which ended with a chapter proposing a ‘civilised’ procedure in which the ‘consequences’ of crime could include making amends.

One reform advocated at this time was the probation subsidy. Probation officers who saw a need for a particular community-based project, such as remedial education, could obtain funding for it in proportion to the reduction in the expected local prison population. Suitable cases could then be recommended in pre-sentence reports. There were conditions, such as specific allocation methods to ensure that only suitable offenders were referred, and built-in action research. In California, where it was introduced, the savings on cancelled prison construction, and institutions closed (or never opened after being built), were about three times the cost of the subsidy, saving more than $100 million over five years at 1960s prices..

Returning to the theme of reparation, news had reached this country of an experiment in Kitchener, Ontario, in 1974: two young men who had gone on a rampage causing criminal damage and their victims were offered the chance to meet and agree on reparation. This became known as victim-offender mediation, and later as restorative justice.  An article in the Howard Journal (1977), ‘”Nobody came”: criminal justice and the needs of victims’, returned to Tallack’s recognition that it was no one’s job in the criminal justice system to look after victims.

Separate developments included the establishment of Victim Support in 1974 and the Forum for Initiatives in Reparation and Mediation (FIRM) in 1981, later replaced by the Restorative Justice Council. The Home Office ran pilot schemes for victim-offender mediation in the 1980s, and several restorative justice projects are now funded by police and crime commissioners. They are not yet available nationwide, but they are gaining recognition: the Howard League has created a separate category for ‘Restorative Approaches’ in its Community Awards. We may hope that this will show the way to replacing punishment by reparation among the purposes of sentencing.