The legal aid cuts to prison law have resulted in prisoners’ access to justice being severely curtailed. 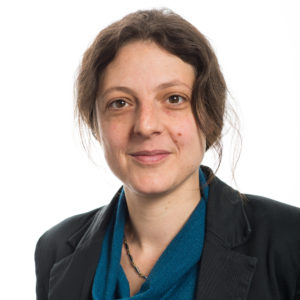 Laura Janes, Legal Director of the Howard League for Penal Reform, gave the following speech at a meeting of the All-Party Parliamentary Group on Legal Aid on 7 February 2018:

From 21 February 2018 legal aid will be reinstated for three key areas of prison law identified by Court of Appeal in April 2017, following a judicial review brought by the Howard League and our sister organisation, the Prisoners’ Advice Service (PAS).

The two charities brought the judicial review back in 2013 following the decision of the then Lord Chancellor, Chris Grayling, to remove virtually all legal aid for prisoners, except direct release parole hearings and prison discipline hearings where extra days can be added.

The Howard League runs a specialist legal service for children and young adults in prison, the only national front line service of its kind. Calls to our advice line have increased by 62 per cent since the cuts came into force in December 2013, placing a huge burden on the charity.

The cuts have coincided with record high prison numbers, self-injury and suicide rates.

For those of us who visit prisons week in and week out, as I do, it has never been so grim, even for children.

As a result of the case, we estimate that 85 per cent of the areas of work removed from the reach of legal aid will have been restored, either through direct reinstatement or through the exceptional case funding (ECF) scheme.

In the course of the case the government conceded that legal aid could be available for certain other types of cases upon application. These are cases concerning:

These issues are important. The ability for people in the uniquely coercive environment of prison to be supported to challenge decisions related to them are the measure of a civilised society.

It is disappointing that the only way prisoners can access legal aid in these areas is through the hard-to-manage ECF scheme. People in the community find it difficult to access the scheme effectively. Those in prison will find it impossible.

Worse still, the issues are invariably urgent and time sensitive such that the ECF scheme, which has no urgent procedure, will result in a waste of everyone’s time and money, and fail to provide justice for prisoners.

Calls to the Howard League advice line have risen by 62 per cent since cuts to legal aid came into force.

The government has confirmed that ECF for prisoners will be considered in the forthcoming review of the Legal Aid, Sentencing and Punishment of Offenders (LASPO) Act 2012. The Howard League will be making representations that these areas ought to be brought back in the fold of ordinary legal aid.

The court found that the cuts to legal aid for prisoners in three areas were unlawful because they were inherently unfair. These were:

We are delighted that the government has paid heed to the judgment and reinstated these areas (just as it was prior to the LASPO cuts) – subject to usual means and merits – through a statutory instrument, to come into force from 21 February 2018.

We hope that it will make a positive difference. Our concern is that during the years of drought, as with other areas of legal aid, many providers have given up and lost their expertise.

The Howard League has tried its best to weather the storm, as has PAS, at great financial cost and creating a huge burden on our staff.

We can only hope that in time, with the reinstatement of legal aid, expertise will return to this important field.

Background to the case

On Monday 10 April 2017, the Court of Appeal, in its judgment on a legal challenge brought by the Howard League for Penal Reform and the Prisoners’ Advice Service (PAS), ruled that cuts to legal aid for prisoners are unlawful because they are inherently unfair.

The ruling is an important step forward in making sure that people in prison move through the system more safely and more efficiently. This will make the public safer and ease pressure on a prison system at breaking point.

Since cuts to legal aid for prisoners came into force in December 2013, violence and self-injury in prisons have risen to record levels. Almost 300 people have lost their lives through suicide.

More prisoners than ever before have called the Howard League and PAS to seek help. Calls to the two charities’ advice lines have increased by almost 50 per cent since the cuts were imposed.

The legal challenge by the Howard League and PAS began in 2013. At that time, prisoners were completely shut out from any possibility of getting legal aid for a wide range of problems.

The charities’ arguments challenging the cuts were heard by three Court of Appeal judges in January and February 2017.

Before the hearing at the Court of Appeal, the government agreed that legal aid would be available for cases concerning: mother and baby units; resettlement; licence conditions; and segregation through an exceptional funding scheme. This left five key problems for the court to consider: pre-tariff reviews by the Parole Board where the Board does not have the power to direct release but advises the Secretary of State for Justice whether the prisoner is suitable for a move to open conditions; categorisation reviews of Category A prisoners; access to offending behaviour programmes and courses (“OBPs”); disciplinary proceedings where no additional days of imprisonment or detention can be awarded; and placement in close supervision centres (“CSCs”).

In an 86-page judgment, the Court of Appeal carefully scrutinised the full run of cases that go through the system and whether the existing alternative processes and procedures were capable of filling the gap left by the removal of legal aid in a way that would ensure fairness. The court found that the high threshold required for a finding of inherent or systemic unfairness has been satisfied in the case of pre-tariff reviews by the Parole Board, Category A reviews, and decisions as to placement in a CSC.

Pre-tariff reviews are where an indeterminate sentence prisoner has been referred to the Parole Board by the Secretary of State for Justice before the expiry of his/her minimum term for advice on a move to open conditions.

Category A is the highest security category. It is defined as prisoners “whose escape would be highly dangerous to the public, or the security of the State, and for whom the aim must be to make escape impossible”. Decisions to move prisoners from conditions of high security are complex and important.

CSCs were introduced to deal with the most disruptive or dangerous prisoners, who pose a risk to other prisoners. The decision to place a prisoner in one of these centres, which creates a serious restriction on the prisoner at great expense to the public purse, is complex and important.

The court was not persuaded that the lack of legal aid available in two areas – for OBPs and prison disciplinary proceedings where no additional days of imprisonment or detention can be awarded – is unlawful on the ground of systemic unfairness.

The Howard League for Penal Reform and the Prisoners’ Advice Service are jointly represented in these cases by Simon Creighton of Bhatt Murphy Solicitors, Phillippa Kaufmann of Matrix Chambers, and Alex Gask of Doughty Street Chambers.

About the charities
The Howard League for Penal Reform and the Prisoners’ Advice Service (PAS) are the only charities in the UK dedicated to providing free legal advice for prisoners. The Howard League supports children and young adults, while PAS represents adults aged over 21.